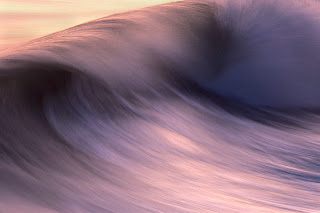 Happy Fourth of July, For Everybody - For All ! - Americans or not ! - Citizens or not ! - A good day for reflection - Think everybody that America can give more good fruits, for the Nation and the World - Think of the Common Good !

The USA is a great contribution to the History and Progress of Mankind, to the development of Law, Government, Democracy, Freedoms, Liberties, Free Speech and Free Press, to Parliamentary or Congress system of Legislation, to Supreme Court, Circuit Courts and the Universal History of the Judiciary.

But it is necessary to integrate American Latinos fully to American Society and in particular those called "Illegal Aliens", sometimes with derision and hatred. And called with more respect or love "Undocumented Immigrants" by many intelligent Anglos that understand that they are all part of America and the American Dream.

This was beautifully and poetically expressed by President Obama in a recent speech in San Antonio, Texas - Nobody could have said it better than this Great Man and Great President.

The Integration of Good Resident Latinos to American Civil Order and Society would be great fuel for the American Economic Machine and Powerhouse.

I do not have the slightest doubt that this Integration by means of "Comprehensive Immigration Reform" or any other name or catch-phrase is good for the American Economy and to overcome any lingering doubts about Jobs, Employment, the Economy, Finance, Wall Street, the Debt, Social Security, Health Overhaul, etc...

I also think that sooner or later all Political Parties in America will understand this Great Truth of Integration and Inclusion, and this will be a new impulse to American Society and American Dreams.

The Nation that does not take advantage of Youth : of Children in Elementary Schools, of
Youngsters in High School and College is asking for many troubles in the long term Future.

Leaving Children and Youngsters uneducated is the best help to Crime and Delinquency, to thugs, to a Jail System ( many of those prisons are private ) that is an excellent business for a few, but that condemns millions to be bums for life, being fed, clothed and maintained by Taxpayers.


The U. S. Supreme Court in its 1982 case, Plyler v. Doe reminded us why it's important not to foreclose public education to undocumented students : "Many of the undocumented children disabled by this classification will remain in this country indefinitely, and some will become lawful residents or citizens of the United States"


The U. S. Supreme Court continues :


"It is difficult to understand precisely what the State hopes to achieve by promoting the creation and perpetuation of a subclass of illiterates within our boundaries, surely adding to the problems and costs of unemployment, welfare, and crime. It is thus clear that whatever savings might be achieved by denying these children an education, they are wholly insubstantial in light of the costs involved to these children, the State, and the Nation."