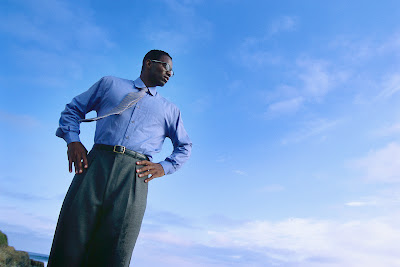 SEX! The Big Question: Are Teens Having It?

I am a strong advocate for sex education. I strongly believe education leads to awareness and a greater chance for smarter decision-making. When it comes to SEX, many people choke up and cannot even say the word out loud, nonetheless, say it to their children. For religious reasons, for social reasons, for cultural reasons, sex is so taboo that some people have almost banned the word from their lexicon.


Many people are advocates of abstinence as a remedy for all problems caused by teens having sex. Definitely, abstinence is the only 100% effective preventative measure against STDs and unwanted pregnancies. FULL ABSTINENCE that is; not the abstinence in which individuals go “first base”, “second base”, and/or “just” “third base”, but because penetration is not involved they say and probably believe they are abstinent. I don’t have a problem with abstinence if it is a well-calculated decision. However, abstinence should come with THOROUGH sex education. For many, the meaning of abstinence is to forbid sex talk and sexual activity. A promise for sexual abstinence is empty and built on shaky grounds if education is not present, and could lead to more problems than it intended to solve.


In my experience, youngsters who “decide” to practice sexual abstinence but do not know why (except that their parents do not approve and the church leader says it is wrong), end up engaging in sexual activity totally uninformed as to how to prevent unwanted consequences.


Advocates of sexual abstinence are not immune to encountering problems with sex. Look at our current running VP, Sarah Palin. An advocate of sexual abstinence, she herself was pregnant before getting married (which means she was not practicing abstinence) and now her 17 year old daughter is pregnant without being married. Do not get me wrong: this is not a political analysis and Sarah Palin’s potential as a VP does not lie on her past sexual decisions or her daughter’s. I am not implying Ms. Palin is less qualified for her past sexual conduct or her daughter’s. The point is that, even people whose bastions lie on a strong point like sexual abstinence, for their life, the ideology of their political party, and the beliefs of many who follow them, sexual abstinence is an imperfect formula to solve teen sexual problems.


No formula for addressing teenagers and sex is flawless. However, our best shot at keeping teenagers safe and to award them responsibility over their sexual activity decisions lies in serious and comprehensive sexual education.

I found this article a few days ago and I want to share it.


Education is key, knowledge is power.

A British comic’s jokes at the Video Music Awards about the Jonas Brothers and their “purity rings” have been decried as tasteless in most quarters — but they have also renewed the debate over what direction high school sex education should take.


The conflict is between the abstinence-only approach to sexual education favored by the Bush White House and some faith-based communities and a comprehensive discussion of human sexuality advocated by many clinicians.


VMA host Russell Brand left no question where he stands during the program, taking a shot at the three Jonas Brothers and their vow to remain virgins until marriage. In response, singer Jordin Sparks proudly showed off her own purity ring and returned the volley: “I just have one thing to say about promise rings,” she announced to the audience. “It's not bad to wear a promise ring, because not everybody — guy or girl — wants to be a slut.”


Dueling debaters“Are we so threatened by a message of morals and values that these young men who chose to wear a ring were attacked?” asked Pattyn, the founder of a program called the Silver Ring Thing, in which teens pledge to remain virgins until marriage. “What’s the fear here? Why can’t we have an alternate message about waiting until you’re married to have sex? Why can’t we have those values? What are we afraid of?”


Kemper, a vice president of the Sexuality Information and Education Council of the United States, agreed that attacking anyone for their beliefs is wrong. But, she said, “In the same way, though, I think we have to be really careful not to say, ‘If you don’t wear a purity ring, you’re a slut.’ We can’t make that either-or, either you have morals or you don’t. I think we have to be careful to respect everybody’s decisions.”

While being careful not to criticize teens who take purity pledges, Kemper said they’re not for everyone. “The problem is that in too many communities what we’re seeing is programs like Denny’s replacing more comprehensive sexuality education,” she said. “These programs aren’t giving young people the information they need to make decisions now and in their future.”


The issue is very much in the national consciousness. The hit movie “Juno” dealt with a 16-year-old’s unplanned pregnancy. Britney Spears’ 17-year-old sister, Jamie Lynn Spears, got pregnant by her boyfriend and recently delivered a baby. And Bristol Palin, the 17-year-old daughter of Republican vice presidential candidate Sarah Palin, sat on stage during the Republican National Convention with the 18-year-old young man who impregnated her. Sarah Palin is an advocate of abstinence-only sex ed.


Disputed findingsClinicians say that Bristol Palin and Spears demonstrate the dangers of not teaching kids about sex and the use of condoms to prevent the spread of sexually transmitted diseases and unwanted pregnancies. The United States has one of the highest rates of teen pregnancy in the developed world. Government statistics show that in 2006, more than 400,000 babies were born in this country to mothers aged 15-19.


TODAY
Singer Jordin Sparks defends promise rings on MTV’s Video Music Awards.
Various government and independent studies show that teens who take purity pledges typically put off becoming sexually active for about 18 months longer than teens who don’t. But, several studies warn, when the pledge-takers do become active, they are more likely to have unprotected sex and to engage in risky sexual practices.


The abstinence advocates reject the findings. “Those studies are flawed,” Pattyn flatly told Vieira. He cited a study done by the conservative Heritage Foundation that shows that the purity pledgers are more likely to be high achievers in school and engage in fewer risky behaviors. He also said that condoms are not as effective as advertised and has said that he does not want his own teenage daughters to use them, even if they break their own purity pledges.


Advocates of comprehensive sexual education programs say that condoms lose effectiveness if people don’t know how to use them.


“The idea is that condoms need to be used consistently and correctly, and if we’re not telling them how to do that, they can’t,” Kemper said.
Posted by Unknown at 11:35 AM 1 comment: